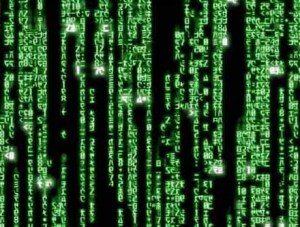 I have to find some humor in the technological advancements we have today. As much as the science and technology growth has “improved” our lives (still not sure who’s definition we are using there…), there is just as much damage that is occurring from it as well.

Someone shared with me a “glitch” that was found in our technology. No, it isn’t something as large as from the movie “War Games” where the computer is preparing to launch a nuclear device. This was something that could be considered small, yet indicative of changes that could affect future generations. A friend had downloaded the classic piece of literature “War And Peace” onto their Nook e-reader. Now, I will confess right here and now that I am in no way an expert on the world of e-readers. I’m still a fan of holding a real book! But I do like the notion of having several books available into one ‘machine’.

So, anyway, this copy of “War And Peace” was downloaded from the Barnes and Noble site for the grand price of 99 cents! A bargain! Yet the bargain came with a price. It seems that there was some word replacements made within the story. Not by the publisher or anyone else. It was done through the technology! The word “kindle”, as in ‘tending a fire’, is used about 8 times throughout the classic volume of writing. The makers of the Nook are in fierce competition with Amazon’s Kindle. The Nook technology removed the word “kindle” and replaced it with the word “nook”.  That’ll teach them!

So now instead of “kindled” the fire, you “nook’d” the fire! Gotta love it! I have to imagine that if our technology ever becomes self-aware, it won’t try to destroy the human population as it has been presented in science fiction movies. No, they will try to destroy each other thanks to the competition of marketing!

If you can picture the future of humanity, studying the great pieces of literature, with the (un)necessary alterations being accepted as the original text? It’s been done before!  The Bible has seen more alterations  than a wedding dress shop!

So, what’s next? How about Dickens’ classic Great Expectations becoming Great Clips. Or perhaps Stevenson’s Treasure Island getting Casino added at the end of the title.  Maybe Washington Irving’s classic The Sketch Book Of Gregory Crayon will have Gregory removed and replaced with Crayola! Next thing you know, the computers will get politically neutral and change Dickens’ A Christmas Carol to A Holiday Carol! Ugh!

Alright Cannon, let’s not get too carried away! Back on topic! (As if there was one…..).

Point is, there comes a time when we lose the humanity by allowing machines to do the thinking for us. So many examples of that leading to catastrophe have been displayed in movies, television, and books.  Our legacy to the future generations is to ensure that they never lose sight of where we came from.  That is why it is so important that we maintain history factual and unedited.  The slightest alteration in script could mean the difference from what was once considered evil to now being considered good.

History is our story. We have worked hard to preserve it, teach it, and learn from it. There are three things that a computer should never replace: human touch, human emotion, and human history.